Electric Cars Now Is Their Winter Of Discontent 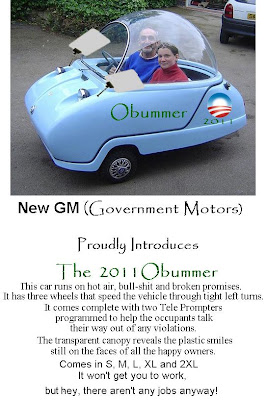 Nick a buddy of mine from varsity days in Johannesburg (40 years ago) and now a Canadian sent me an email last week. He asked me to opine on the difficulty lithium ion plug in cars will have in living through a Canadian winter. Well Nick ou maat, just like when you arrived in Canada and I arrived in Iowa we quickly learned that winter can be biting cold and the thin coats and sweaters we wore in South Africa were ill equipped to handle the wolf of winter on the Great Plains. Just like we newcomers were ill equipped, the Leaf is no Maple Leaf and it will have a terrible time in the winter up there where you live.

First the batteries have to be heated to keep operating and this robs the plug of some range. Mostly the Leaf has to heat the interior and the occupants by resistance electric heating as there is no hot water from an engine. Nick will remember studying heat, mass, and momentum transfer with me as part of our Chemical Engineering core curriculum. We were taught that under forced convection the heat transfer coefficient can be derived from an equation relating the Nusselt Number to the Reynolds and Prandtl numbers. These three numbers are dimensionless numbers that relate things like viscosity, density, velocity in fluid mechanics and heat transfer. Using a lot of tedious high level math solving partial differential equations one can observe the following. If the Nissan Leaf is travelling at 110 km per hour (66 mph) the overall heat transfer coefficient will be approximately 40 watts per square meter per degree Kevin on its glass surfaces. I estimate the glass surfaces on the leaf to be 5 square meters and the differential temperature between a 293 degree K (68 degrees F) interior and a 263 degree K (14 degrees F) outside the car will need 6,000 watts (6 kilowatts) to keep the occupants at a moderate 68 degrees F and this only accounts for the heat lost through the glass surfaces. Assuming the metal surfaces are insulated let’s hypothesize that only another 2 kilowatts of heating will be needed for a total of 8 kilowatts for the entire car. Of course the folks at Nissan will say someone in Winnipeg driving on frozen tundra is not their target customer but let us continue.

The pile of junk that is subsidized by the Obama administration has 24 kilowatt hours of battery storage. With no heating being used, the car may go 80 miles at 66 MPH on a level and open freeway in Manitoba and run for about an hour and ten minutes before the lights go out. With an 8 kilowatt heater turned on the car will go about 55 miles at 66 MPH and run for 50 minutes. But wait the Leaf does not have an 8 kilowatt heater! It is now equipped with an energy saving heated steering wheel and heated seats that only draw about 1.5 kilowatts. Wow the poor Canadian in Winnipeg driving a Non Maple Leaf will never reach an interior temperature of 20 degrees C or 68 degrees F> The equilibrium inside temperature reached with it being -10 degrees C (14 degrees F) outside is only -4 degrees C (24 degrees F). The pile of junk cannot be driven unless of course the driver is willing to die of frostbite.

Of course the car which is an Oh Bummer special was intended to be sold to liberals in Northern California. Heating of the car will not pose a real problem in the City by the Bay, but the hills pose another energy robbing problem. The pile of junk going up and down the hills of Pacific Heights, Telegraph Hill, Russian Hill and Twin Peaks will be lucky to get the 55 mile range on single charge. At least the driver in San Francisco will not die of frost bite or become a human Popsicle. The Leaf is best suited for Winnipeg in May and October when ambient temperatures are such that the car does not need heating or air-conditioning. For the other ten months of the year the vehicle should stay in a garage. I am sure that Nissan will eventually put in a fireplace as an option on the Leaf to be sold to Maple Leaves. Al Gore will make a fine speech that as long as wood from a sustainable maple forest is used in the fireplace in the Leaf, the car still has absolutely zero emissions.
at 3:47 PM